Home Samsung Samsung’s new teaser show us an iris scanner that could arrive on... 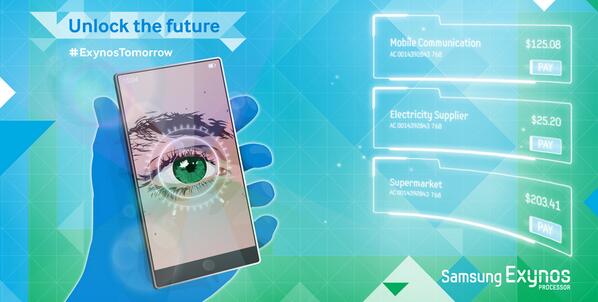 Yesterday, Samsung posted a very interesting teaser on their Twitter account that makes reference at the fact that future devices could pack an iris scanner which will be used for unlocking devices and for other functions designed to restrict the access to the informations kept on the phone.

After on Samsung Galaxy S5 we had a fingerprint scanner that can be used on unlocking the device or for login in financial apps like PayPay, it looks that Samsung wants to bring this features to the next level by the implementation of a retinal/iris scanner on their next high-end phone.

This technology could be present on the Galaxy Note 4 phablet, a device that will be launched this year at the IFA 2014 conference in Berlin, a location where I will be in the first week of September. If Galaxy Note 4 will indeed pack a iris scanner technology, then is necessary that the device to pack a front-facing LED flash for darked environments. We also expect that Samsung to introduce a better front-facing camera. It remains to see if Samsung will bring this technology quickly, or the image above is a teaser for the future.