Two of the hottest mobile phones of the moment, Sony Ericsson Xperia and HTC Touch Pro have been put one next to the other in some pictures taken by CNET Asia. The comparison makes it difficult to set huge differences, as the two handsets are very much similar. 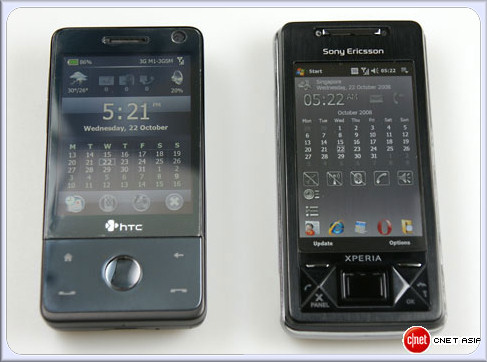 Touch Pro looks smaller, although wider and sleeker, since it gave up old fashioned buttons to the limit. On the other hand, Sony Ericsson Xperia looks stylish and also has some positive user comments to back it up.

Beauty is in the eye of the beholder and so it might just be the case with these two high end mobile phones which make the best of touchscreen. So please have a look at them and tell us just what you think.