Japan is a very technologically advanced nation, we all know that, although the US and South Korea seem to be catching up lately. However, the Nippons are still keen on the same clamshell form factor for handsets, although these pack impressive specs. That’s why Fujitsu F-04B is a game-changing phone, thanks to is dual module design. 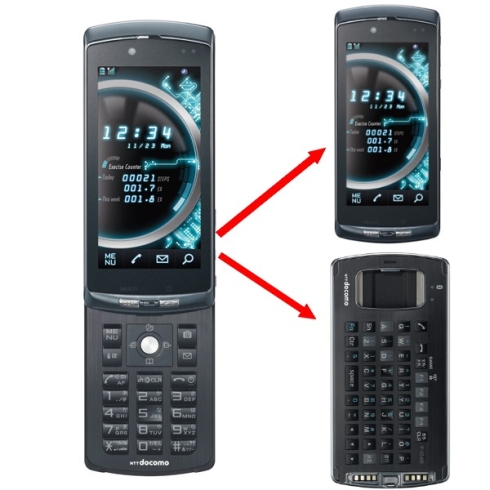 We’re dealing with a handset that’s also called the Separate Keitai (keitai is Japanese for “phone”) and it’s able to split into 2 parts, that can be used separately. These are a keyboard section and a display slate, with the latter being a 3.4 inch touchscreen, with a 12.2 megapixel camera, an inner camera, an accelerometer and e-wallet function. 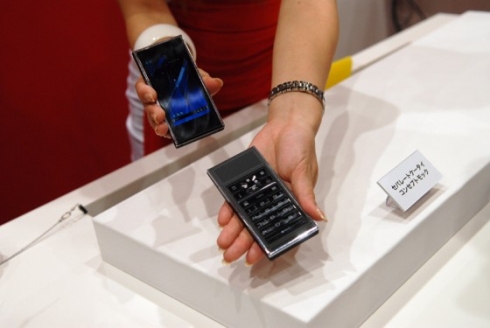 The keyboard segment includes a full numeric/ QWERTY keyboard, plus a geomagnetic and an acceleration sensor. Fujitsu F-04B’s parts care joined thanks to a magnet and they’re connected via Bluetooth. The concept behind this phone is receiving and sending mails while talking on the phone, plus making video calls, while using the keyboard section to talk.

Videogame functionality is also enabled, by displaying a virtual game pad on the touchscreen segment. The Separate Keitai’s battery provides 2,000 hours of stadnby and 500 minutes of continuous talk and if you’re wondering about the release date, know that the device goes live via NTT DoCoMo in March or April, for $660. Here’s a video of the handset in action: