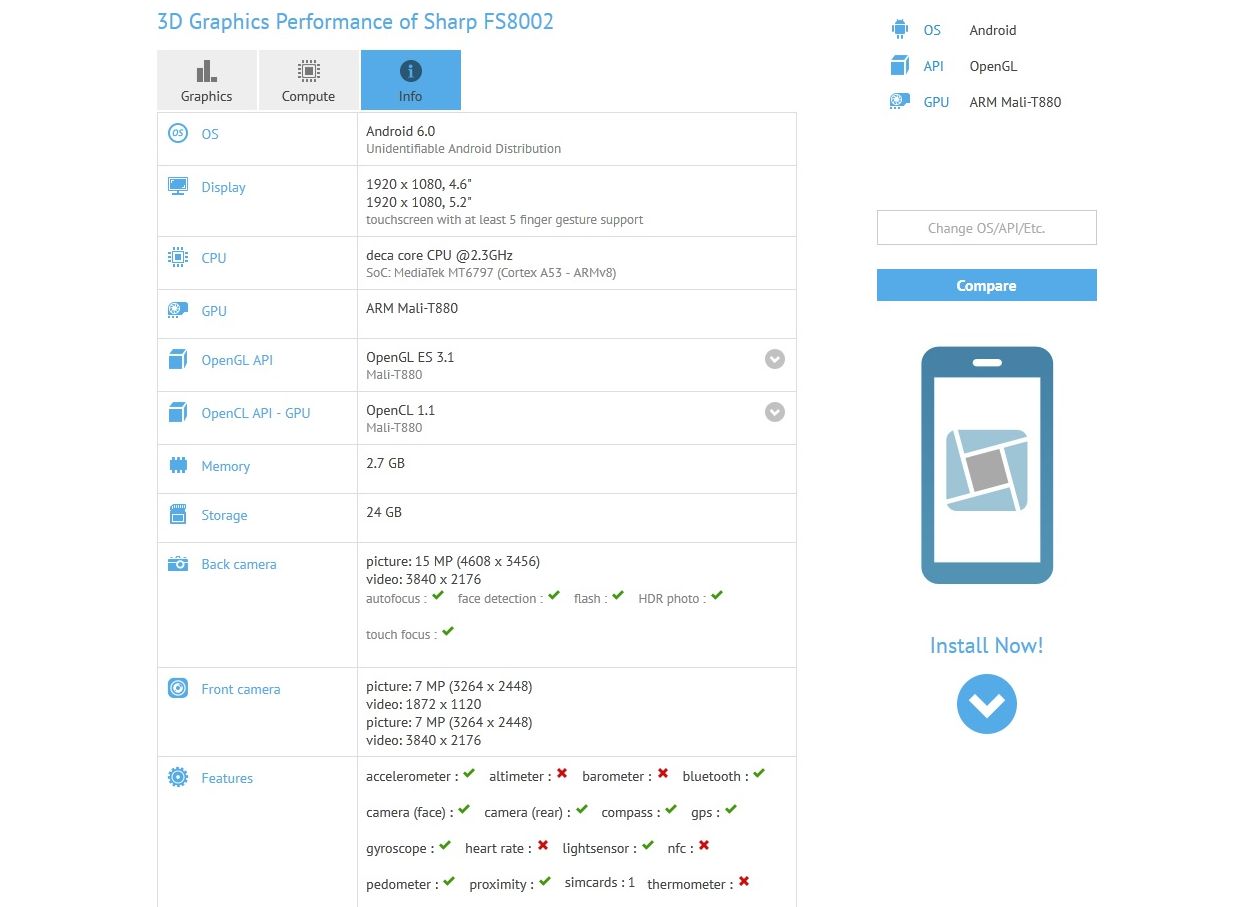 After the excellent Sharp Aquos P1, the company is preparing a new phone, one based on a deca core MediaTek processor. The device is codenamed Sharp FS8002 for now and it brings a set of specs detailed by the GFXBench listing below. 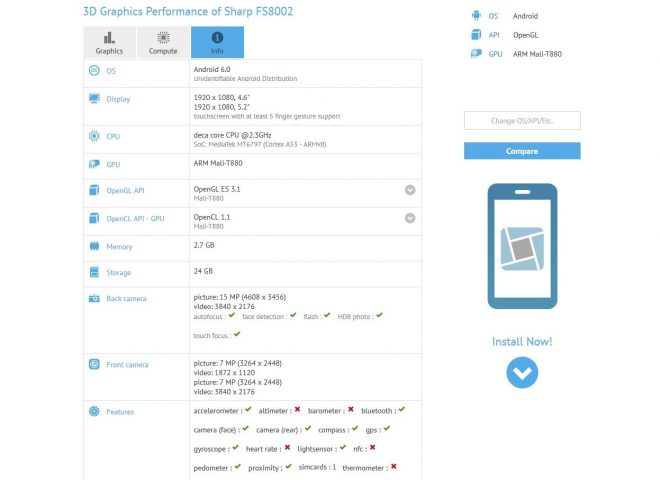 Inside we find a 10 core MediaTek Helio X20 processor and it seems that the new smartphone has been co designed and developed with Foxconn Electronics. It’s meant for Taiwan and other non Japan markets and according to the listing, it will come with a 4.6 to 5.2 inch Full HD screen and Android 6.0 Marshmallow as the OS.

3 GB of RAM and 32 GB of storage are also mentioned, plus a 16 megapixel back camera and an 8 MP shooter for selfies. This feels like a lighter version of the Aquos P1, that has a 5.3 inch IGZO screen and a Snapdragon 820 CPU.