HTC EVO 3D and LG Optimus 3D are the most famous 3D phones on the market right now, but Sharp also wants to partake in this fame, so they announced a more evolved handset in this segment. I’m talking about the Aquos SH8298U phone, that comes with a dual 8 megapixel camera. 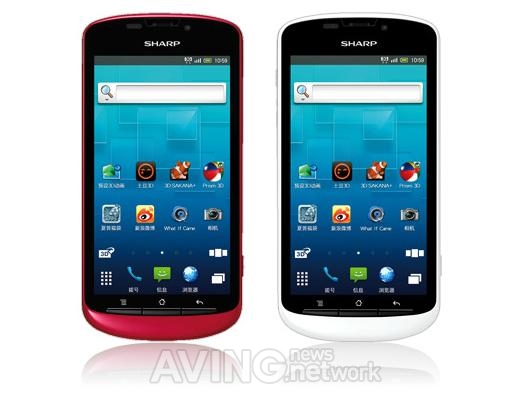 This is an Android smartphone that was announced a couple of days ago and it comes with glasses-free 3D and the dual 8MP shooters I mentioned before. You’ll find the handset in versions of white or red and you must know that it packs a 4.2 inch qHD display, a 1.4GHz single core Snapdragon CPU and 512MB of RAM.

The hardware list is rounded up by 2GB of onboard storage and 1240mAh. The specs are really underwhelming, especially when compared to the ones on HTC EVO 3D and LG Optimus 3D. However, the Aquos focuses on the camera power, although I doubt it’ll get much processing power from the CPU-RAM combo. Android 2.3 Gingerbread is the OS of choice on the smartphone and don’t get too excited yet, since this looks like Japan exclusively material.