Well, at least the plugin wants to take over the iPhone’s web browsing area. These are ambitious plans for Microsoft, the developer of Silverlight, as it has to face Apple in the struggle to get its software above. 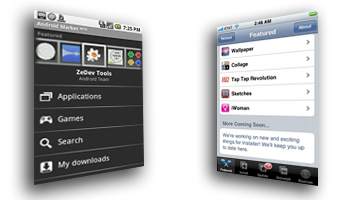 Google’s Android mobile operating system is open source, which might make it easier for Microsoft to match up Silverlight with Android. Since Google’s mobile apps store is open to all, it turns out to be easier for companies to bring on the same level their software with the Android platform.

Until now, Microsoft’s Silverlight has been available for experiencing only on the Web. It turned out to be pretty popular for companies such as NBC, which used it to stream video from this summer’s Olympic Games.

Silverlight is Adobe Flash’s main competitor in the plugin area. This means hard times ahead for Adobe, as the battle became much stronger now that Silverlight has just been released this week.