The latest rumours have shown the way that Sony Ericsson’s portofolio will look in 2009, including handsets like the Rika Wakman, Yao (another Walkman) and Cyber-shot Kate. Well, it turns out that another four handsets have appeared, also scheduled for 2009 and branded with the SE logo: Yue, Filippa, Frances and Athena. 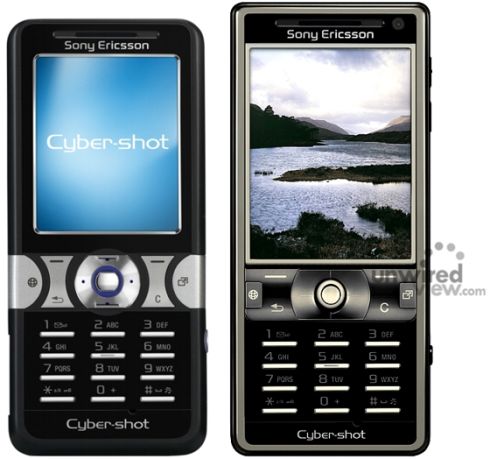 Yue is the successor of K550 (both in the picture above, Yue’s design is imaginary), so we’re dealing with a Cyber-shot handset. This is a candybar with a 3.2 megapixel camera that will probably hit the market in Q1 2009.

As for the Filippa, this will be a Cyber-shot candybar as well, featuring HSUPA connectivity, 140MB of internal memory, SnapFish, BestPic, PhotoFix, Face Detection and Smile Shutter. We’ll see this handset hitting the streets in 2009 in three colours: Noble Black, Sincere Silver (what?) and Precious Peach.

Frances is yet another Cyber-shot phone, a slider that comes with GPS, active lens cover, PhotoFix, Face Detection and Smile Shutter. Finally, Athena pertains to the Snapshot series, which makes it a candybar from the mid-end segment, seen as the follow-up to S302. So, we can safely assume that 2009 will be a cameraphone-oriented year, but we wonder if we’ll see the prices and specs of Cyber-shot devices going down, or the megapixel count going up.