With the increasing number of app stores out there, it’s hard to differentiate one service from the other. Seavus Group tries this, by launching the Soc.Io Mall. Just like the name says, instead of being an App Store, this service is an applications mall for Android. 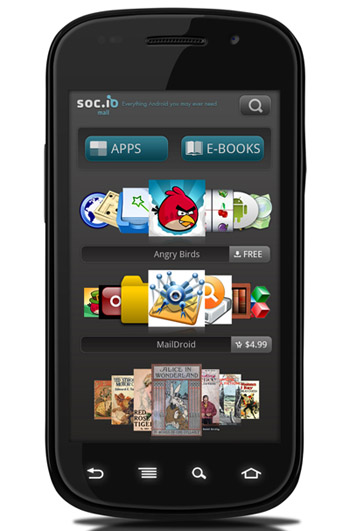 Aside from software, you’ll find here ebooks, audio books, music and much more. The difference between this and other similar app stores? Well, Seavus CEO Igor Lestar claims this Mall is selective and only provides quality content, not focusing on quantity so much. Soc.Io Mall should also be appealing for developers, too, who will get revenue according to the 80/20 model instead of the industry standard 70/30.

Soc.Io Mall is set to debut soon, with over 7.000 apps available right from the start and 37.000 e-books included as well.