Sony just announced two brand new Xperia models that have two main defining aspects: they run Android and they’re waterproof. The newcomers are the Sony Xperia Go and the xperia Acro S, both resilient to water and dust. They feature Reality Display screens with Mobile Bravia engine technology, for better clarity and quality. 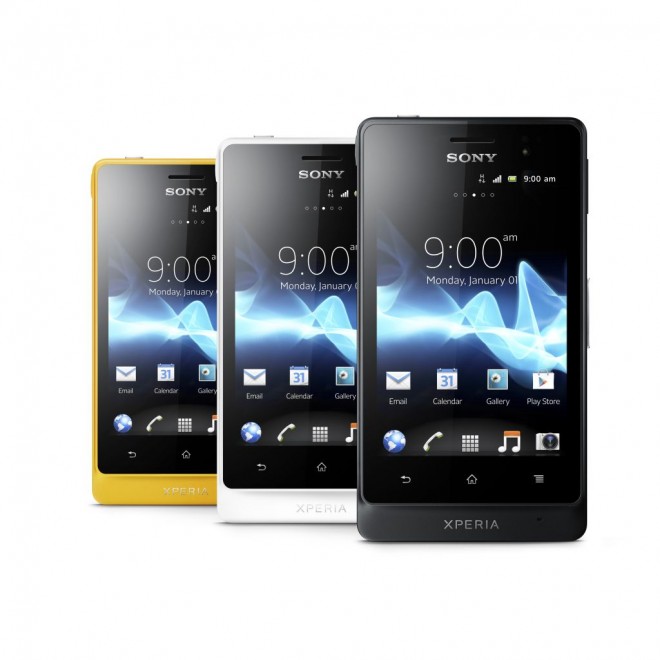 These models will go on sale starting with Q3 2012. Xperia go and Xperia acro S feature screens that are resilient to scratches, being made out of mineral glass. The phones are bundled with Music and Video Unlimited services from the Son Entertainment Network, so users can get their share of Hollywood blockbusters. Sony Xperia Go features a 3.5 inch touchscreen, a dual core 1 GHz processor, a faster camera (loading in less than a minute) and Android 2.3 Gingerbread as the OS, with the option to upgrade to Android 4.0 ICS.

The Xperia go model will be available in black, yellow and white and it will debut on the American market as the Xperia Advance. This smartphone measures 9.8mm in thickness, weighs 110 grams and offers 3D Sweep Panorama as camera feature, it uses a 5 megapixel camera sensor and does HD video recording, It also offers 3D surround sound, 50 GB of free cloud storage (BOX offer), DLNA, aGPS and Glonass support. Its 3.5 inch display supports a 480 x 320 pixel resolution and other internal specs include 8 GB of internal storage, 512MB of RAM and a microSD card slot. The battery inside the device is a 1305 mAh unit with up to 6 hours and 30 minutes of GSM talk time. 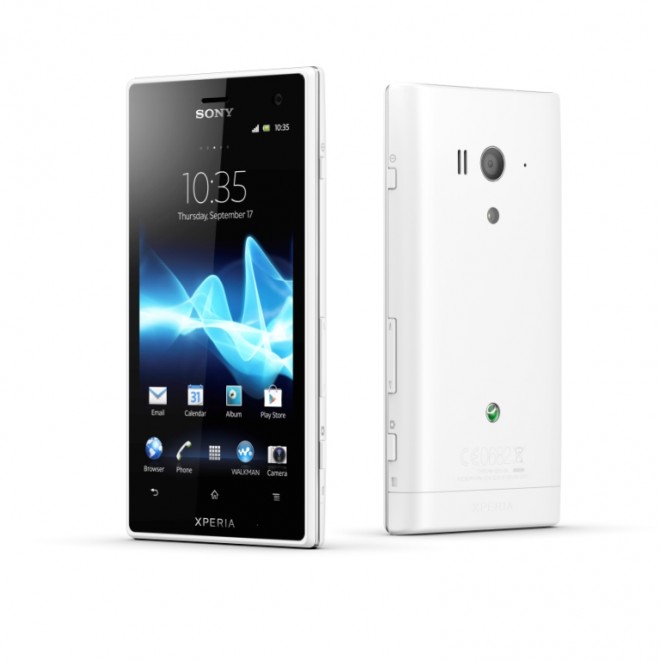 Moving on to the Xperia Acro S, this model measures 11.9mm, weighs 147 grams and it’s better specced than the Go. It offers a 12.1 megapixel camera with 3D sweep panorama, 1080p capture and video stabilizer, plus DLNA, Glonass, HDMI and a 4.3 inch 720p screen. It also has 16GB of storage, 1 GB of RAM, microSD card slot, NFC, HSPA+ connectivity and a 1910 mAh battery, good enough for 6 hours and 40 minutes of GSM Talk time. This model runs Android 4.0 ICS from the box and comes in black, pink and white. No prices were mentioned yet.