Concept Phones has just revealed that Esato, the most famous board of passionate designers of SE concepts has just started a 2009 thread. Over the past years we’ve seen great designs, like those of PSP Phones, futuristic approaches of the iPhone, Nokia touchscreen smartphones and other such brilliant contraptions.

The 2009 Sony Ericsson Concept Phones thread was kicked to a start by the following concept, the Retro P902, which belongs to J. Havrlant. Love that biiig touchscreen and hot interface plus old-school casing! 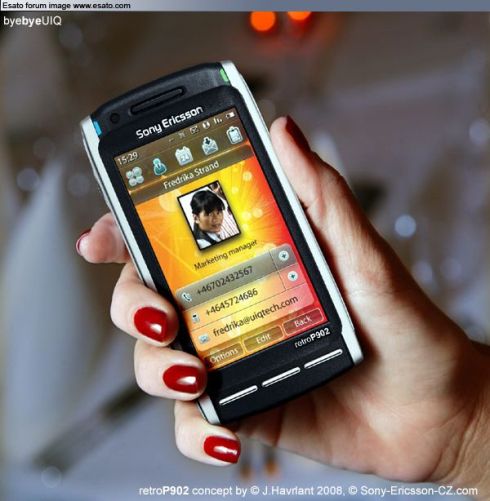