For about $328 you can get a very hot PSP replacement, Sony Ericsson F305, a gaming phone that may at some times deserve a “PSP Phone” label. If you’re a Nintendo Wii fan, you’ll get used to the control system of this device in no time, since it relies on motion sensor technology.

F305 uses its camera to recognize the user’s movements and interpret them as commands during gameplay. 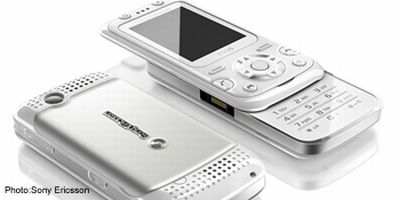 If you’re playing Bowling on Sony Ericsson F305, you’ll have to swing the device, as if you were playing the real game. In case you’re playing Black Bass Fishing, you might be able to catch something if you pull the handset back and forth like a real fishing rod. F305 features 10 other Java-based mobile games, among which there are major titles like Sims 2, Racing Fever GT and Asteroids.

You can even download more games via PlayNow, Sony Ericsson’s service that requires a fee for each download you make. This Sony Ericsson phone is not all about gaming, as it also includes quality stereo speakers, FM radio, a music player and a web browser. No 3G here, but you can use a 2 megapixel camera, that’s there rather to fulfill the motion detecting needs of the phone, rather than taking quality photos.

So, who needs a PSP Phone any more? Its only advantage would be better graphics and probably a better camera, but if you already own a PSP, you should know that it supports calling via Skype, so there’s no need to make it into a phone, as it partially is one.