How about a high end smartphone from Sony Ericsson with cool navigational features? Too bad it’s only a concept we’re talking about, the one designed by Shane A. Bygrave and pictured below. Known as Sony Ericsson G819 Compass, the handset is an Android 2.0 device with an ARM Cortex-A12 1GHz CPU. 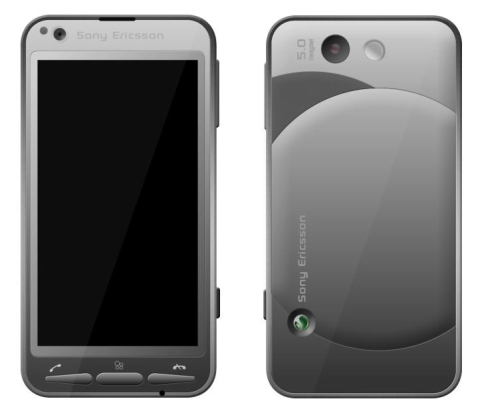 Last, we learn that there’s a 5 megapixel camera at the back, with face detection, autofocus, VGA video recording (30 fps), geotagging and smile detection. The Compass feature gives the handset its name and it’ll help the user find his direction, wherever he is. 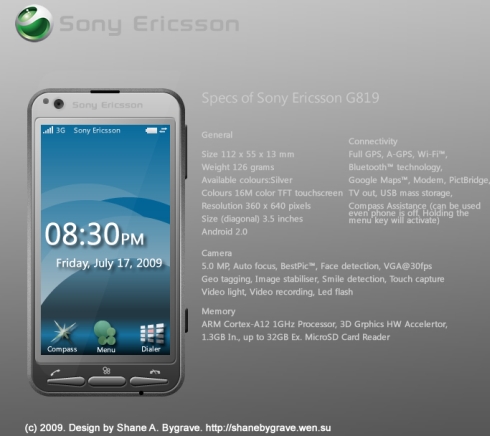 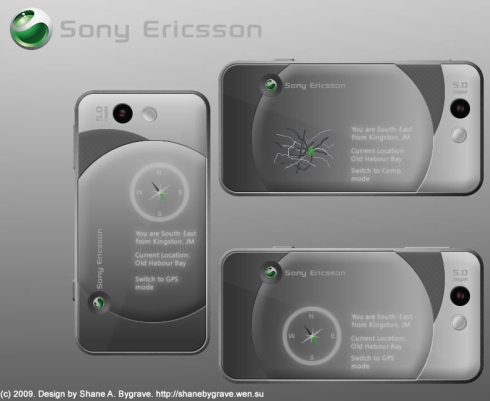 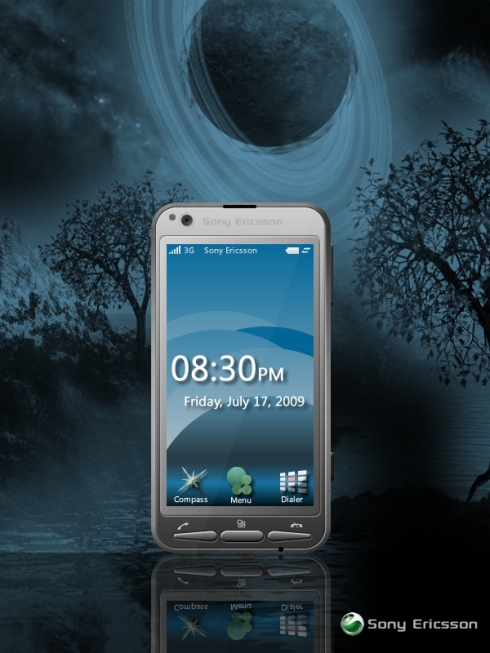