After the disappointment from WWDC 2009, that lacked what we wanted most, an Apple tablet announcement, we found out that the device is coming after all, but not this year. It should be launched in early 2010 and it might change the portable electronics market, as we know it. 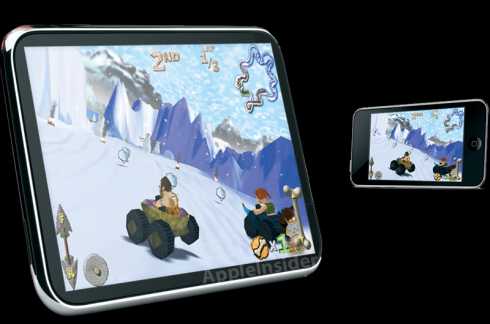 Rumour has it that this tablet with be a 10 inch device with 3G support, created by the man himself, Steve Jobs. Last we heard, Apple was getting ready to use the Intel Atom CPU on some of its future products, but now we’re not so sure that the processor will make it to the new tablet.

Meanwhile, Apple is also considering the Moorestown platform for potential upcoming MIDs and there are rumours regarding an in-house ARM-based design, after the P.A Semi buyout (chip designer). There have been frictions between some Intel officials and the iPhone maker, concerning the performance of the ARM chips, which may result in Apple choosing some other path in the future.

What’s certain is that a year from now, we’ll be accustomed to having an Apple tablet in stores, if not more portable devices with company’s logo on them.