After XPERIA X2 was all but dissected in front of the camera, since we know its specs and have seen tons of pictures portraying it, it’s time for another mystery phone to take its place. Enter Sony Ericsson Jalou, a Symbian device with a full touchscreen display. 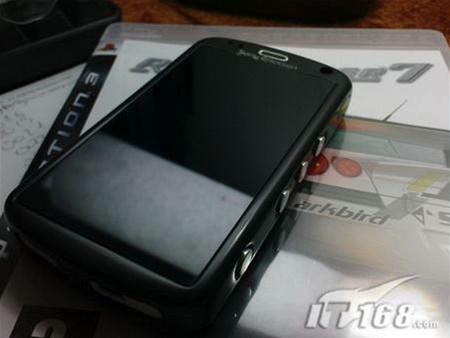 Initially, the folks of Engadget Mobile mistook the picture above for a representation of Jalou, but eventually, members of the Esato board admitted that it was a concept. Anyway, Jalou is said to run S60 5th Edition and it should pack WiFi, GPS and support HSDPA connectivity.

It’s pretty interesting to note that in all this Android and Windows Mobile/Phone hysteria, SE finds the time to leak the Jalou Symbian phone and ready the hot Satio/Idou (also running Symbian) for its approaching launch… Could this OS be still alive and ready for more?