After the Sony Ericsson W8 Walkman now there’s another Android phone with the Walkman branding on. I’m talking about the Sony Ericsson Live with Walkman phone, that we’ve recently had the chance to review. This is tiny plasticky phone that combines white and orange as colour choices and we’re here to analyze it in depth. 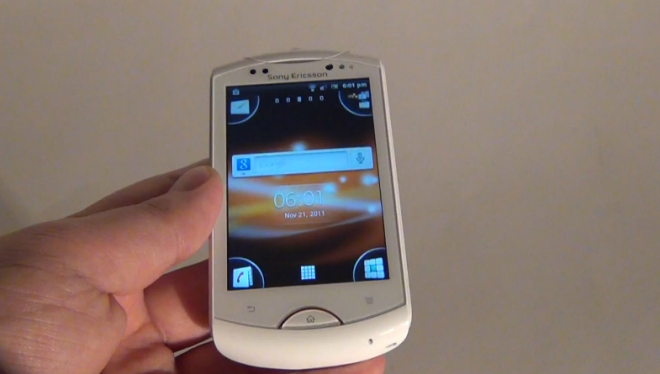 At its top there’s a dedicated Walkman key that’s used as a shortcut for the Walkman music player. AT the bottom we have a Home key and two other Android buttons, while at the back there’s a 5 megapixel camera. The device is very compact and adopts the styling of an Xperia Mini model. It’s got stereo speakers at the back, that are extremely loud, as you can hear from the review. The headphones that come with the handset are actually pretty disappointing, but if you own other earbuds you can plug those in.

Sony Ericsson Live With Walkman features quad band GSM/GPRS/EDGE support, 7.2 Mbps HSDPA, a 3.2 inch LCD HVGA screen and a 1 GHz ARMv7 processor. It runs Android 2.3 Gingerbread with the TimeScape 4.0 interface and Smart corners customization. Those Smart Corners make up for the small screen by offering you up to 4 app shortcuts in each of the handset’s screen corners. Continuing the specs, we have 512MB of RAM available, the above mentioned 5MP camera with LED flash, geotagging, image stabilization and smile/face detection. 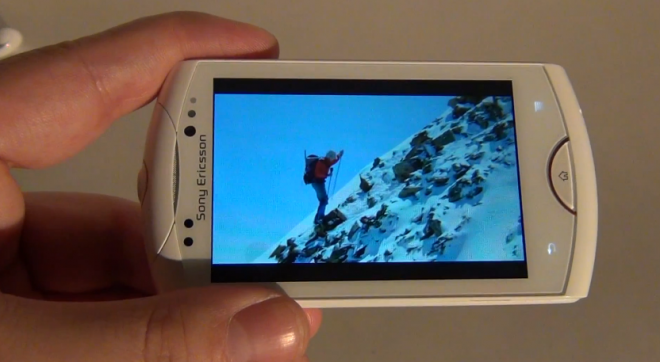 Touch focus and 720p 30 fps video recording are also available. We also have a front VGA camera for videocalls and believe it or not this model even has DLNA. A cool feature is the lighting effects available here, that you can see in the upper part next to the Walkman button. It will light up according to the rhythm of the music you’re listening too. Live With Walkman can also be used as a WiFi hotspot, it has a GPS, microSD card slot, accelerometer, notification LED and stereo FM radio with RDS.

Sony Ericsson Live With Walkman has TrackID music recognition, microUSB charging and voice dialing. The first thing you’ll notice is the poor quality of the screen, especially the contrast and viewing angles. Also, for a music phone I would have expected more equaliser settings here. Anyway this is a music phone for the youngsters and considering it costs around $200, it’s a pretty good deal, if you want it as a second phone. In spite of all you may think about this phone, it actually behaves great when it comes to menu browsing and navigation. It’s all very smooth and flawless.

Typing on the virtual keyboard here feels like a great challenge, even if you have small fingers. Well, at least the landscape orientation is easier to handle. Another pleasant surprise is the camera, that actually has a lot of settings and behaves great, a testimony of how great Sony Ericsson technology it. There’s even a cool Panorama mode to have fun with. The video capture is not all that great… Once again, for a $200 phone, this more than does its job, but you must be willing to adapt to a smaller screen and underwhelming display if you want it.