Sony Ericsson has just revealed the (almost) impossible, a mobile phone that would not only feature a 20 megapixel camera, but also support full HD recording and use an 100 Mbps connection. Sadly, this is 2012 technology I’m talking about, so it’s not in our reach for now. 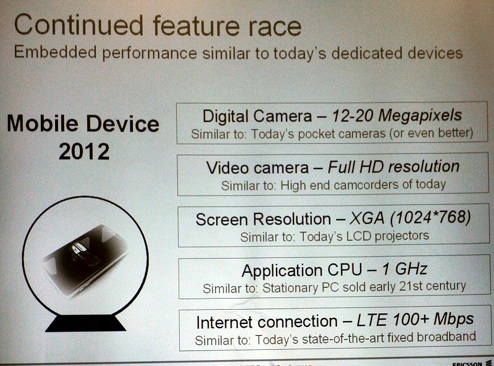 SE talked about these technological wonders during a press conference in Sweden and also claimed that they’ll create a phone with a 1024 x 768 display, a 1 GHz processor and the above-mentioned specs. Some of these features are almost ready to burst alive on Japanese handsets, so 2012 is a “worst case scenario” time zone if you ask me.