What leaks more than a faucet and less than Samsung? It’s Sony Ericsson and its few leaked handsets before MWC 2009, among which there’s the newcomer below, a QWERTY messaging device with a swivelling display.

Will this handset be able to kick the Sidekick and beat similar offerings from LG and Samsung? 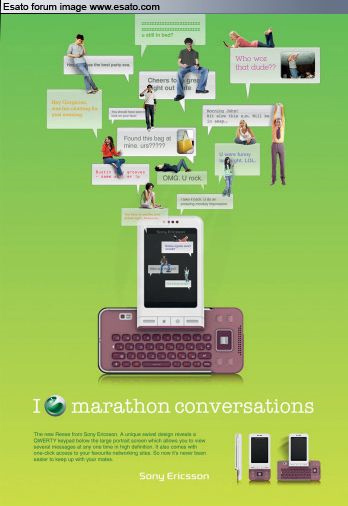 For this phone to reach its target audience, it should be sold by T-Mobile for a very low price, with a decent contract, so it would conquer the hearts of teens and socialites. There could be a problem though: the device seems rather big, but it could be the poster’s fault.