Sony Ericsson Vivaz, also known as Kurara U5 has recently been approved by the FCC and it should now be known as Sony Ericsson U5a. The 8MP cameraphone supports UMTS II and V bands (1900 MHz and 850 MHz), so this means it’ll be sold by AT&T and Rogers. 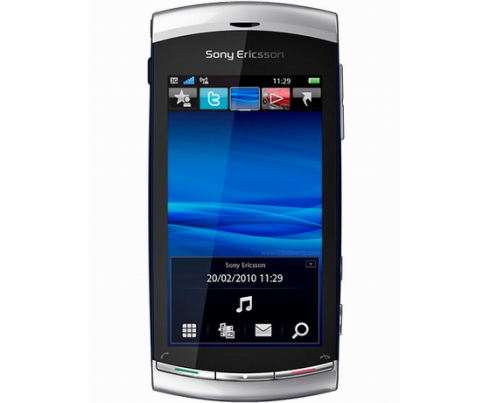 This is Sony Ericsson’s second smartphone relying on the Symbian S60 5th Edition OS, after the Satio model and we know that it comes with a 3.2 inch touchscreen display (360 x 640 pixels), WiFi, GPS, an accelerometer, HSPA and Google Maps. Facebook and Twitter are also supported and there’s a 3.5mm audio jack on board, as well.

A 720 MHz processor takes care of the apps and processes and we found out that Vivaz U5 is bundled with an 8GB memory card in the box. The main appeal of this cameraphone is its… camera, an 8 megapixel unit with autofocus, LED flash and HD (720p) video recording.