We can’t yet tell if the PSP Phone will be announced during tomorrow’s CES 2011, but apparently there’s another SE model you might want to keep an eye out for. We’re talking about the Sony Ericsson X12, also dubbed Anzu. One of the advertising banners in Las Vegas goes something like this: 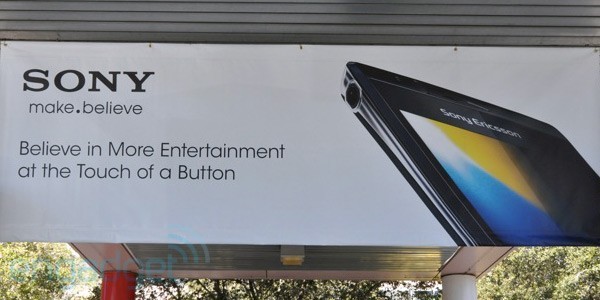 Inside sources claim that it’s the Anzu they’re talking about, a very slim Android 2.3 Gingerbread smartphone with a 4 inch touchscreen display and HDMI out. Rumored to be available starting Q1 2011, the handset was supposed to be announced at MWC 2011, but might make a surprise appearance at CES.

Let’s see if Anzu can chase away the bad rep of the XPERIA series, before the XPERIA Play PSP Phone model is out.