The Sony Ericsson Xperia Active is a mini smartphone trapped inside the body of a resilient handset with pretty decent features. Priced at around $400, this device is meant for people with active lifestyles, people who skate, snowboard, use dirt bikes and might risk dropping their phones into water or mud. 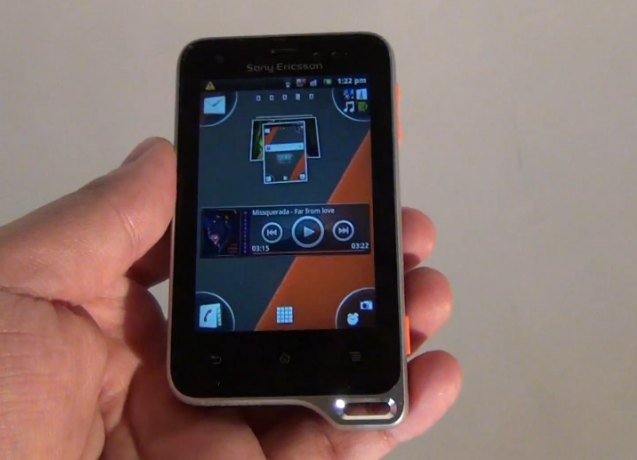 This is where the Active comes into play, providing a hanger mechanism at its bottom… That allows you to hang it onto your belt, purse, schoolbag and whatnot. The handset also uses two layers of back cases, the main one that seals up the device’s ports and the internal case, that keeps away the dust and moisture. Sony Ericsson Xperia Active is a waterproof handset and it can withstand dunks into water of up to 1 meter in depth and for up to 30 minutes. Afterwards, it’s your problem if the phone dies…

This unusual Xperia model measures 16.5mm in thickness, weighs 110.8 grams and features a 3 inch LCD display with Bravia Mobile technology and supporting a 320 x x 480 pixel resolution. This screen is also scratch resistant and among the specs of the phone we also found the Sony xLoud technology, plus 1GB of internal memory, of which 320MB are available to the user. 512MB of RAM, a microSD card slot (with 2 GB card bundled), HSDPA 7.2Mbps and WiFi round up the specs of this model that reminds a bit of the Xperia mini series, both when it comes to design and the interface.

Running on Android 2.3 Gingerbread in the customized version, this unit relies on a 1GHz Snapdragon processor and surprisingly enough, there will be almost no lag in the use experience. One would think that such a small and bulky phone would be a pain to use, but actually I’ve played around with widgets and many apps and had no problem with them. The UI is customized with those Smart Corners: on each of the Home screens there are 4 corners where you can add up to 4 different applications or shortcuts to use later. 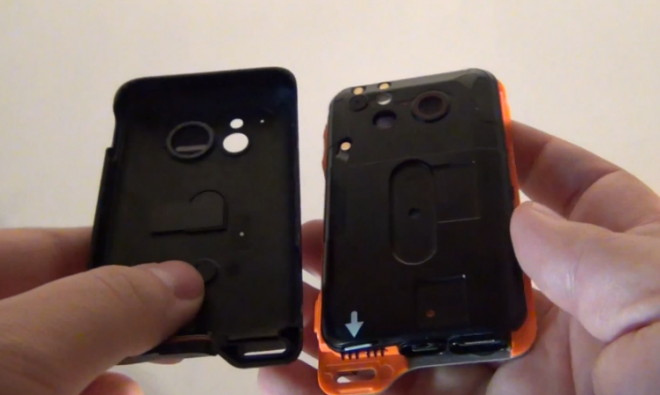 There’s also the TimeScape feature available, showing you the texts you’ve received, Facebook statuses of friends and tweets, all in a scrolling vertical column composed of thumbnails. The same goes for pictures and videos, that are displayed as yet another vertical bunch of thumbnails, that scroll very nicely on the screen of the handset. Moving on to the multimedia experience, the movie watching is decent, considering the diagonal, but the speaker at the back isn’t that good, particularly when its volume reaches the max.

Also on the media side we have the camera, a 5 megapixel sensor with autofocus, LED, touch focus, geotagging, image stabilizer and face detection. The camera is also capable of 720p HD video capture and it even does a sweet 3D panorama, a function that was recently implemented by Sony Ericsson on all its recent phones. Other feats worth mentioning are the GPS, compass and Li-Ion 1200 mAh battery, good enough for about 4-5 hours of talk time. Know that there’s no support for DivX and Xvid movies here and that there’s no front camera to play with, in case you’re wondering.

And since this is a phone for dirt bikers, you might want to know that it comes with nice functions to get you out of the woods… literally. Its camera flash can use various patterns, such as SOS or Strobe to make luminous signals and show everyone where you are. Also, the compass app provides various GPS details, tracking positions and varied compass views. There’s also a fitness tracking app and a pedometer, both preinstalled on the phone.

Overall the experience with the Xperia Active wasn’t crippled in any way by how tiny the display is and the waterproof part surely helped. Another cool thing is the Wet Finger Tracking technology, that allows the user to type stuff on the display and swipe around menus even with wet fingers or on a wet screen. Sadly, that doesn’t also apply to capacitive buttons. So, if you’re a sporty person and you feel you might drop your handset into mud or water at any time, the Xperia Active is a good choice and a smart one.