After leaking a bunch of Walkman models, Sony Ericsson has let loose something more powerful: its very first dual core smartphone. This leaked model is supposedly called the Xperia Duo and it’s been made public by Chinese blog IT168. 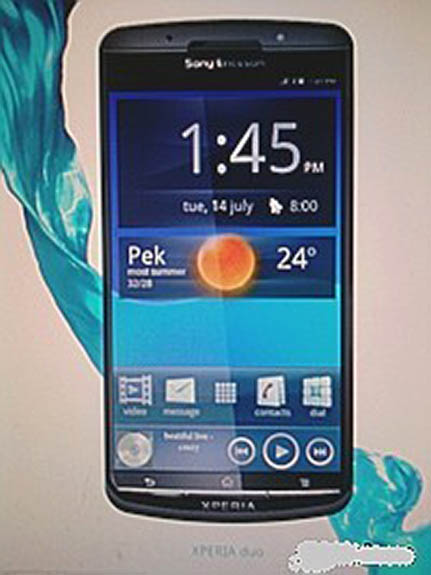 No info on the specs yet, but what’s shocking is the edge to edge display that’s probably 4.3 inches in diagonal. This would make this unit a premiere when it comes to such displays, even ahead of the iPhone 5, that’s rumored to feature such a screen. At the top there’s either a proximity or a light sensor, while at the button we find the same Android buttons as those on the Xperia Arc.

We’re expecting a great camera to be incorporated at the back, maybe even with a 12 megapixel resolution. Since the Walkman leaks were followed by announcements in days, will next week also bring goodies?