We’ve been hearing about Sony’s Hayabusa phone for a while now and here it is again, in a leak that shows us a handset with unique curved edges. This model is also rumored to be pretty thin, at a mere 7mm in waistline, so it will finally be a match for the ultraslim Motorola Droid RAZR. 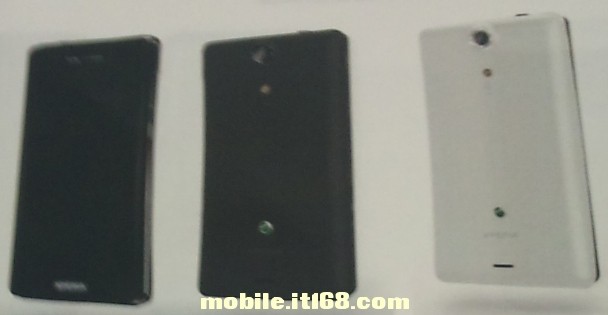 The Hayabusa recently appeared in the hand of a tester and now it leaks again in blurry shots. This model is supposed to feature a dual core Snapdragon S4 processor, like most high end phones do nowadays. I wonder if Qualcomm will be able to take this huge amount of orders, considering that the HTC One S, One XL and ASUS PadFone are all based on this CPU. Back to the Sony LT29i, the Hayabusa comes with a 13 megapixel camera with Exmor sensor and a 4.55 inch HD display.

There’s also a 2200 mAh battery on board and probably also LTE. Speculations say that we might see this model taking off in June or July, under the codename Xperia GX. The price should be around $630 unsubsidized, taken straight from Sony’s leaked roadmap for 2012.