If you’re looking for an alternative to the $99 Nokia Lumia 900, than AT&T also offers the Samsung Focus 2, a 4G LTE handset with windows Phone on board. Focus 2 will come on May 20th in pure view and it will be priced at $49.99 with contract. 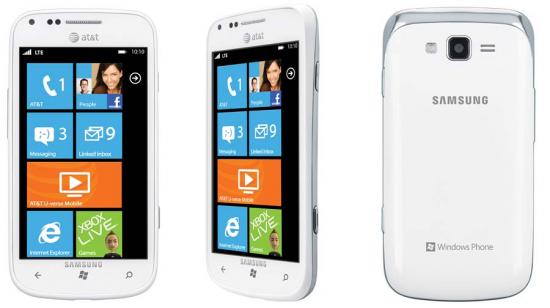 So, just when you thought that the $99 offer for the Lumia 900 was hot, here comes this Samsung model and beats it. You can also get the Samsung newcomer for $399.99 off contract. Samsung Focus 2 features a 4 inch Super AMOLED screen, a 5 megapixel camera with 720p video capture and a front VGA camera. This is a 4G LTE handset that measures 0.43 inches in thickness and weighs 4.3 ounces. The phone makes the WP portofolio on AT&T a pretty strong one, accompanied by the HTC Titan II and its 16 megapixel camera and the Nokia Lumia 900.

Their prices are great, specs are pretty good and you can be sure that the promotion behind them is huge. So, if you want a sleek and stylish handset made by Samsung, running Windows Phone and supporting LTE, then this is the perfect choice.