Home Android Sony New Flagship Phone Could be “Made for Bond”, As New Leak... 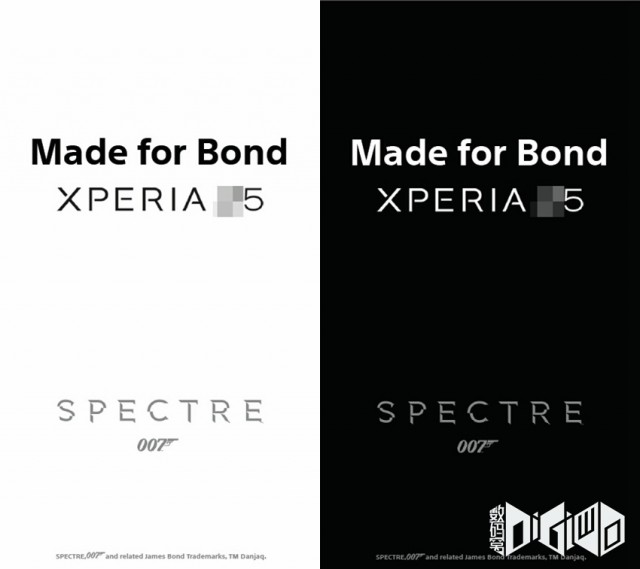 There’s a freshly leaked promo picture suggesting that Sony is preparing to release another flagship this year, seriously tied in with the Sony Pictures new Bond movie, Spectre. The movie debuts on November 25th and it will heavily feature the phone.

The picture above was recently leaked courtesy of Digi-wo, that’s a solid source when it comes to all things Xperia. Obviously, anyone could have created this image, but let’s say it’s real. We see that the product is “made for Bond” and the name “Xperia” accompanied by the figure 5 after it. It could as well be the Xperia Z5, or maybe Sony is preparing a new letter for this model.

Anyway, 2014 ended with Sony promising they won’t launch two flagships this year, but in the end that’s exactly what they seem to be doing. The Xperia Z5 has been recently rumored to pack a Snapdragon 810 processor, a Full HD screen and Omnibalance design, which sounds like yet again another poor decision from Sony…