Sony just introduced a brand new handset belonging to the midrange area and called it the Xperia M. This device will also have a dual SIM version called the Xperia M Dual. We’re dealing with a model that borrows some design traits from other modern Xperias, such as the metallic and big Power button. 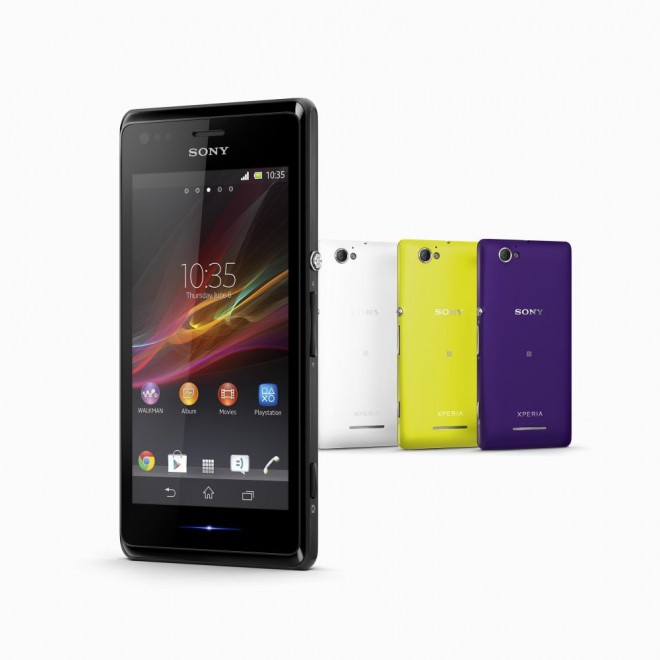 The Sony Xperia M packs a 4 inch TFT display with FWVGA resolution and inside the handset we find a Qualcomm Snapdragon S4 Plus chipset with a 1 GHz dual core CPU of the Krait type. Specs also include Adreno 305 graphics, 1 GB of RAM, a 5 megapixel camera at the back with Exmor RS sensor and 720p video capture.

Upfront we’ve got a 0.3 megapixel camera, while internally there’s 4 GB of storage. The Xperia M supports dual band WiFi, 3G with HSPA, Bluetooth 4.0, NFC and FM radio. Sony is promoting this phone as a device with “magical one touch functions”, courtesy of the NFC connectivity and the way it triggers some features. Expect a release of the handset in Q3. 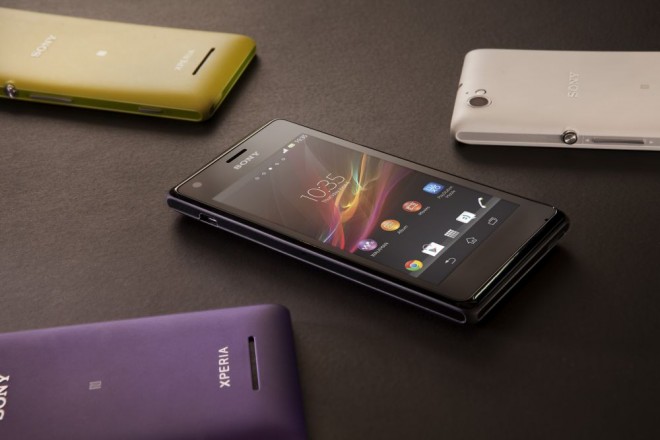