Sony’s famous Walkman player (the new versions) has finally managed to beat Apple iPod’s sales in Japan, by reaching a 43% market share, when compared to the Cupertino-based product, with 42.1%. 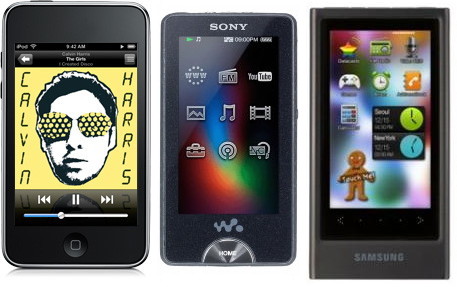 This is a performance that comes after 4 years of iPod domination in Japan, but Apple is keen on reminding everyone that they’re facing the handicap of the exploding iPhones. It seems that the bad reputation caused by the malfunctioning handsets also decreased the sales of the iPods, while Sony got more popular by launching cheaper W series models, available for under $108.

Also, the Sony products boast better sound quality, plus there’s no iTunes to fool around with, so you’ll copy the songs straight to the player. Analysts claim that it’s too early to realize if the iPod sales decrease will also happen in Europe or the US, but I guess we’ll just have to wait and see.

Overall, MP3 player sales have decreased in Japan by 13.5% in August alone, after a total of 5 months of decline of this segment.