The famous Sony Xperia Z1 is finally here and instead of a regular unboxing, we performed a preview and first setup of the device, as shown in the video below. The reason was simple: we don’t have the final version of the box and the headphones are lacking. 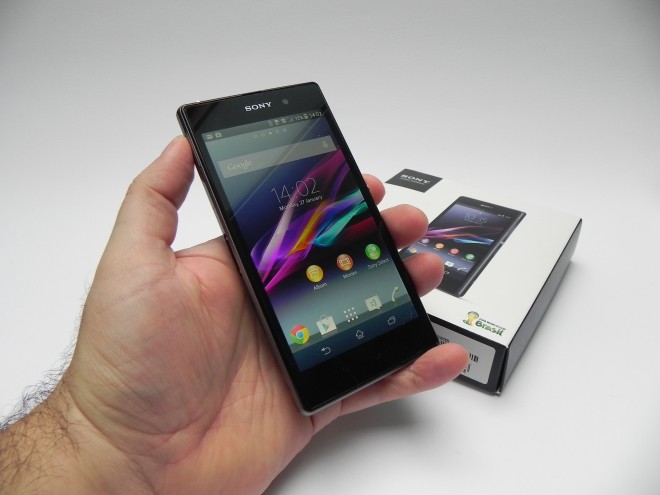 This test version is exactly the same as the commercial one, so don’t worry. The Sony Xperia Z1 was launched in September and it’s priced at $550 on Amazon right now. Codename Honami for a long time, the device packs a microSIM card slot and measures 8.5 mm in thickness. It also weighs 170 grams and it has a dust proof and waterproof case. That’s helped a lot by the lids covering its ports and slots.

This device can be submerged in water with a depth of 1.5 metres for 30 minutes without problems. The handset packs a 5 inch TFT display with a 1920 x 1080 pixel resolution and a scratch resistant layer on top. The technologies used by the screen are Triluminous and X Reality and other specs of this model include a microSD card slot, 2 GB RAM, 16 GB of storage and HSDPA connectivity with 42 Mbps speed. 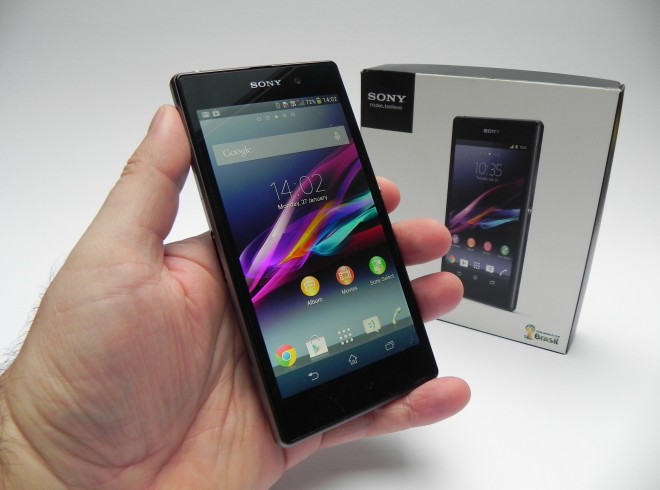 There’s also NFC, Bluetooth 4.0, WiFi Direct and DLNA. The main star here is the 20.7 megapixel camera with a cool augmented reality feature demoed in the video below. The CPU inside this device is a Snapdragon 800, a quad core processor clocked at 2.2 GHz and the battery is pretty big, at 3000 mAH. We’ll be back with photo/video samples and more goodies soon!