I’m not a big fan of the game Flappy Bird, I have to say, but some people seem to have become addicted to it. That’s when clones come in handy, such as the game Splashy Fish shown below. I tested it on the iPhone 5 and almost had fun with it… almost. 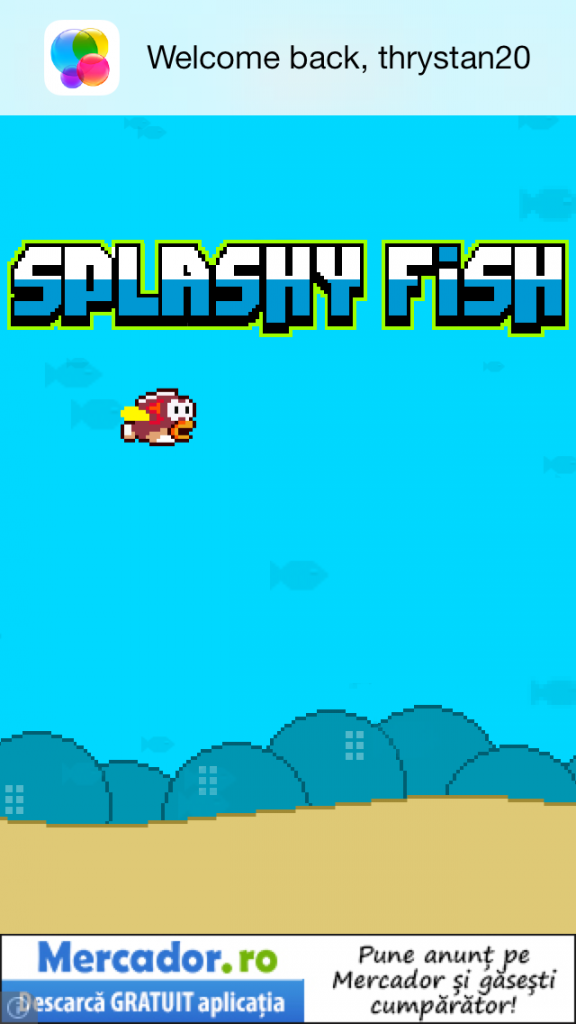 The concept is simple: you tap the screen to make a fish go lower or higher as he progresses through water, trying to stay away from columns. The original game had a bird and pipes to avoid, so only the details have changed. This game is slightly easier and the ad from it has been moved to the bottom. It’s a free game, so it’s ad-funded.

This is still a useless genre, that’s as fun as staring at a wall and it may also make you angry or increase your blood pressure. Still, some people dig it and to some extent it’s fun. We give it a 6.5 out of 10 and you can download it from here.