While being a very busy man these days, with the Windows 7 launch and all, Steve Ballmer (Microsoft CEO) managed to show Nokia some love, maybe as a consolation for their recently announced first quarterly loss in years. He also mentioned something about Nokia’s netbook running Windows 7. 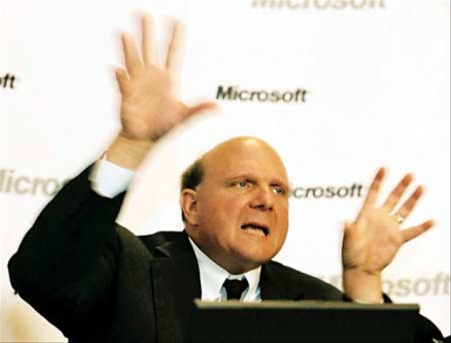 Ballmer said that “Nokia’s mobile device leadership, together with AT&T’s mobile broadband network leadership, Best Buy’s retail reach and Windows 7, is a very strong lineup,”, but all of that is polite talk and useless flattery. Nokia continues to struggle in the US, because it keeps using the dated Symbian OS and Linux Maemo, not yet appealing enough to customers.

Also, the handset maker hasn’t been making too much efforts to launch CDMA handsets on the US market, so they can’t blame their lack of success in the States on anyone other than themselves. Although the company has suffered some management changes in the past days, I really don’t see them succeeding on American soil, without Windows Mobile or Android on board.