Not that Apple was having issues or something, but WWDC 2009 was a huge disappointment, as far as surprising announcements are concerned. No Apple netbook, no tablet, no totally new iPhone, nothing… just the 3GS that didn’t blow anyone’s mind and still sold 1 million units in 3 days.

However, Steve Jobs is back in the game, so things might change soon. 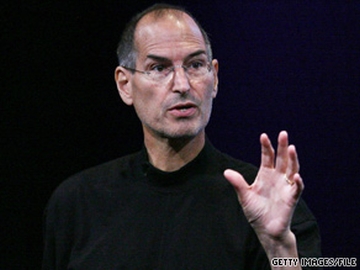 Apple spokesman Steve Dowling recently announced that Jobs is “back to work” and he is present at the company’s HQ a couple of days a week and working from home sometimes. We remind you that the 54 year old tech guru survived pancreatic cancer, after surgery in 2004 and a liver transplant two months ago.

It’s nice to see the man behind Apple back at Cupertino, just as promised, at the end of June. We expect Apple’s stocks to increase their value, although some bloggers claim that the tech guru’s return won’t change the company’s master plan for 2009. I, for one, am still expecting that famed Apple netbook, that has got to be more than a concept…