Steve Jobs has big plans for the city of Cupertino, Apple’s home town. During a recent meeting with the Cupertino City council, shown on video below, he detailed the plans for the future of Apple’s campus in town. A huge building housing 12.000 people was included and that incredible structure was compared to a spaceship by Jobs himself. 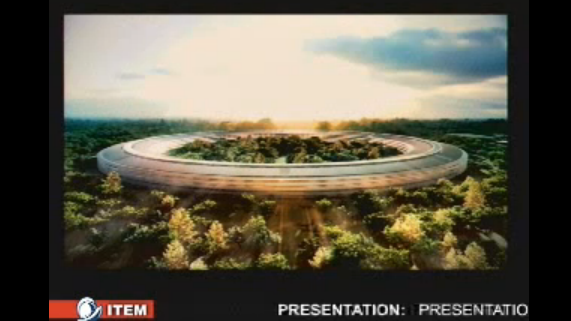 The same new HQ is supposed to rely on curved glass only and Apple intends to use its expertise gained with previous facilities they built, stores included. According to Jobs, the green side of things won’t be forgotten, so trees will be planted and the parking space won’t take up as much as it did before.

The presentation is brilliant, although it’s coming from a seemingly tired Jobs, who’s met with enthusiastic city officials, or so it seems to me. At the end one of the council member even shows an iPad and claims that his son loves it. Will Apple’s “spaceship” be the start of an even more successful business?