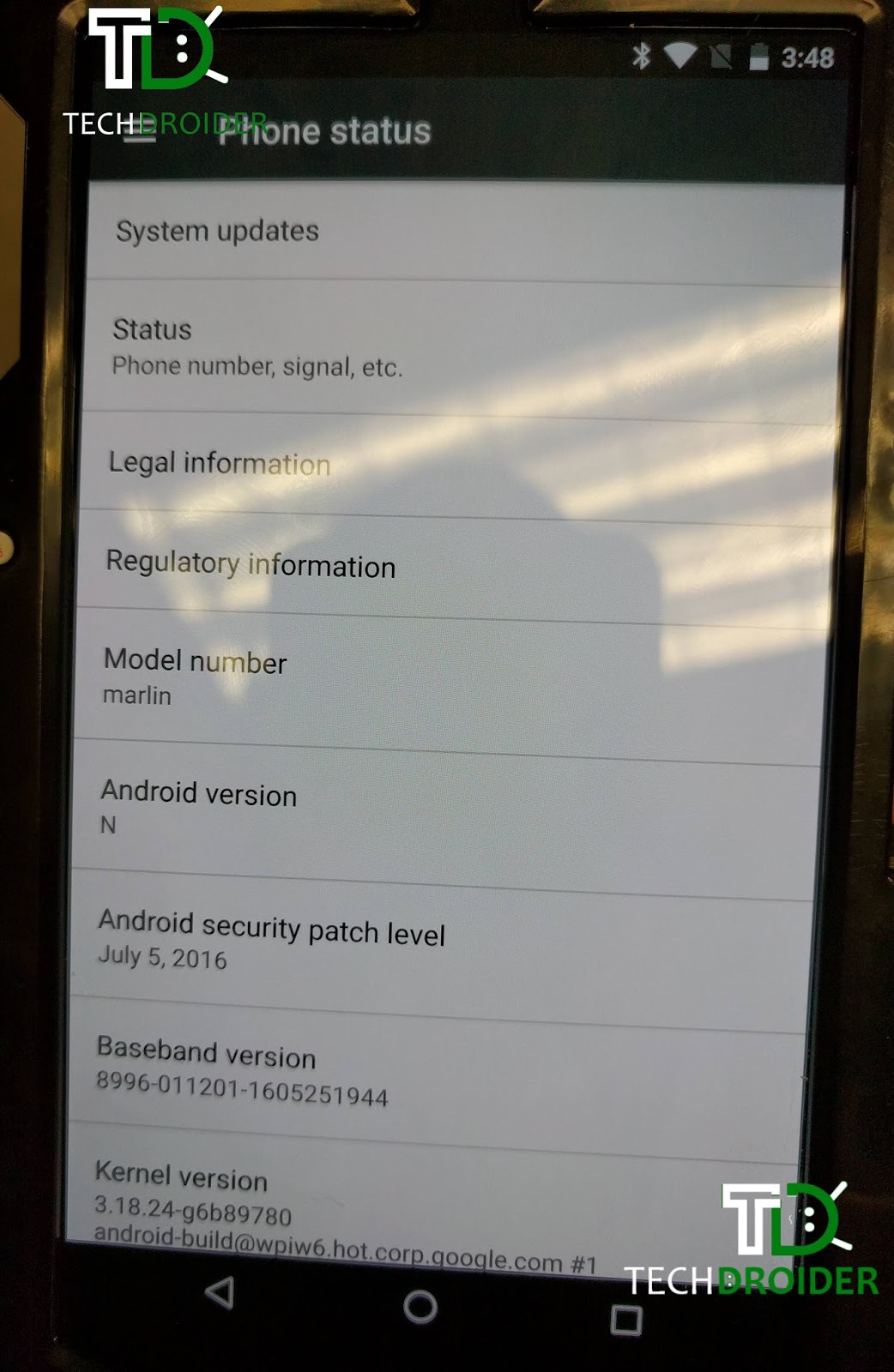 I have to say that the rumors about the upcoming HTC Nexus Marlin and Sailfish have been pretty quiet, aside from the 2 or 3 leaked renders we’ve seen. Today they come back in full force, with a leaked hands on picture, that reveals massive storage on board of this model. 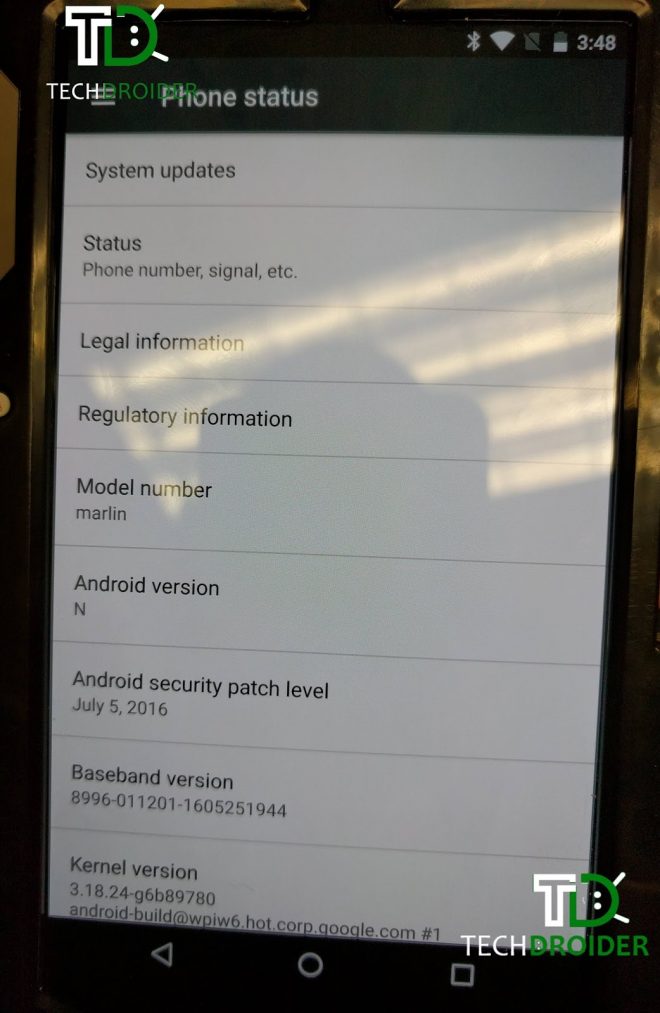 This device is said to have a 5.5 inch Quad HD screen, as well as a quad core Qualcomm processor (probably Snapdragon 820), a 12 megapixel camera and a front 8 MP shooter. It also brings 4 GB of RAM and a 3450 mAh battery. This is a prototype, so that explains the case applied on top of it, to avoid any extra design leaks. The screen mentions it’s running on Android N with the latest July security patch.

Interestingly there are 128 GB of storage here and sources say this one is a full metal device with no camera bump at the back. They also claim the design is similar to the HTC 10’s, with a fingerprint scanner at the back though. It’s also very likely we’ll get the same camera sensor as on the Nexus 6P.