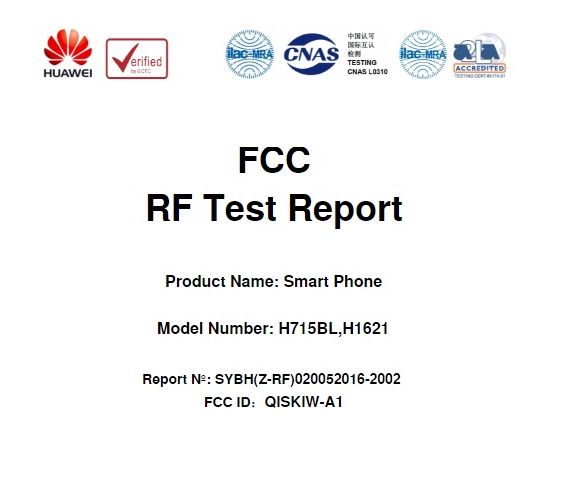 At first sight I thought that two random Huawei phones getting certified by the FCC is no big deal, but a bit of research revealed something very interesting. The newcomers are codenamed Huawei H1621 and Huawei H715BL and apparently Hxxxx model numbers are used for Nexus models.

For example H1511 and H1512 were variations of the Nexus 6P. These models were certified for FDD-LTE connectivity, WCDMA, Bluetooth and WiFi b/g/n. The past days have brought us a variety of leaks related to HTC Nexus phones, but no trace of Huawei newcomers, at least not in the flesh, so to say. Yes, there was a leak, but the design was fugly to say the least.

If the Nexus 6P is any indication, the new Huawei Nexus should have a beefy format and battery, fingerprint scanner, beautiful metal design and a standout camera area covered with glass. A dual camera may also happen, as Google may capitalize on Huawei’s pairing with Leica.