Remember the GZT650 handset we’ve spotted in the Echelon Conspiracy  movie a while back? The device had all it needed to be Nokia’s long-awaited and rumoured Aeon, but now it turns out that this phone might just be Sony Ericsson Pureness 2, a device that’s in the making right now. 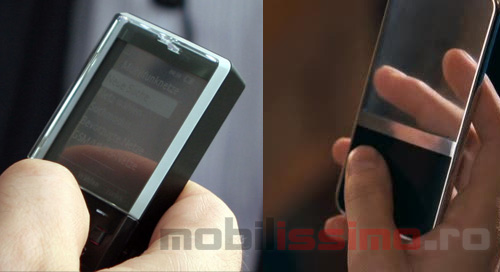 Pureness 2 will follow Sony Ericsson’s first transparent device and it’ll look very much like the handset from the Echelon Conspiracy motion picture. Could GTZ650 really be Pureness 2 or is it a mere coincidence, spotted by the folks of Mobilissimo.ro?

As far as the new model is concerned, it’ll be a basic phone, once again from the XPERIA series and probably sporting a monochrome display.