T-Mobile announced that they’ll be releasing a follow-up to the famous G1 Android Phone, the G2 and other devices in the same series. The competition is, however more fierce in 2009, as Sony Ericsson, Motorola and Samsung are readying their own Android devices.

Here’s how the G2 might look like, in a picture that seems to be first genuine one showing the new Android phone: 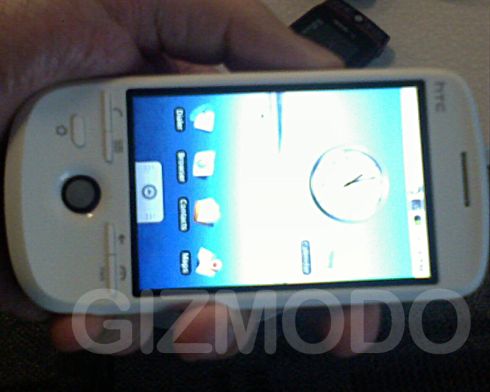 G1 sold no less than 1 million units in 61 days and it had generally positive reviews, in spite of a few software flaws and missing features, that will probably get solved through updates. It’s interesting to notice that the supposed G2 that surfaced on the web recently ditches the QWERTY keyboard of the first phone, opting for a touchcscreen-only approach.

Will the G2 fade in comparison with the Motorola and Samsung Android phones? What do you think?