T-Mobile G2X, the US version of the LG Optimus 2X dual core smartphone will debut on April 15th, if a recently leaked internal document is to be believed. At first April 20th was supposed to be the launch date, but only the T-Mobile Sidekick 4G will debut on that date. Also around the same time frame we’re expecting the LG G-Slate 3D tablet. 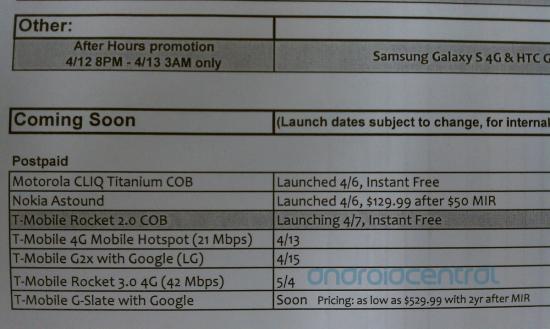