Jason Mackenzie, HTC’s North American division VP recently spoke with Forbes, during CTIA 2010 and mentioned that the company is pleased with the first day sales of the T-Mobile version of the HTC HD2. The device performed quite well, considering that it won’t get the desired Windows Phone 7 update, that some were hoping for. 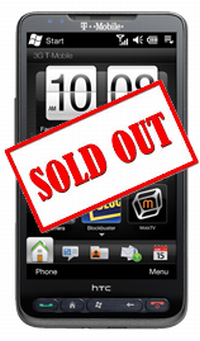 Also, we have to mention that this unit experienced shortages in Europe, as it was first released on the other side of the pond. Some may think that with the announcement of the beautiful HTC EVO 4G and all, people will hold back from acquiring a HD2, but we have a feeling that we’ll see the “sold out” sign on T-Mobile’s site yet again.

Mackenzie claims that the HTC HD2 is “viable” for the rest of 2010 and we tend to agree, specially after seeing that rumoured Windows Phone 7 port on the device.