After Sprint and HTC unveiled the HTC EVO One 4G model, sort of a combo between the One S and One X, now T-Mobile also gets a similar debut, through an event on April 18th. The attendees are promised to be among the first to experience the HTC One S. 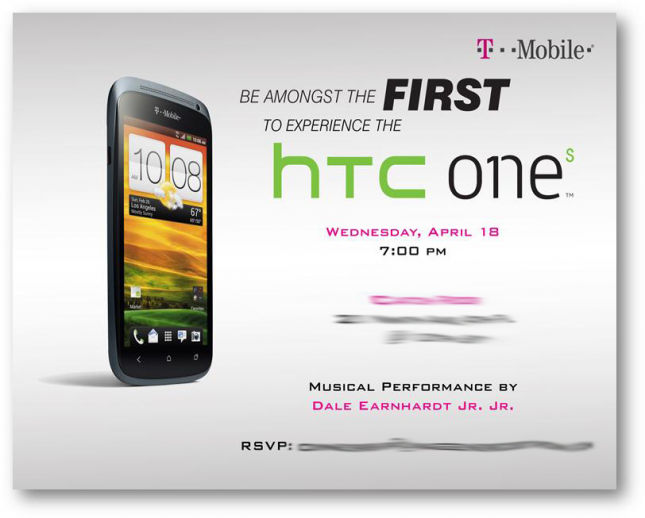 The event will take place next Wednesday, around a week before the phone is rumored to launch, on April 25th. I have to remind you that the HTC One series debuted at MWC 2012, including the One S, One X and One V models, all of them already selling in Europe for about a week or two. People have already had time to even find cracks in the case of the One S… Anyway, what you’re going to get on T-Mobile is a dual core Snapdragon S4-based handset with a 4.3 inch qHD Super LCD display, 16GB of storage and an 8 megapixel camera, the same as the one on the One X.

Sense 4.0 on top of Android ICS and a very slim design (less than 8mm) fill in the rest of the features. I’m hoping for a really good price and I wonder if this model will also get LTE or merely that “4G” that in some places in the USA means HSPA+ actually.