Huawei and T-Mobile have just announced the myTouch and myTouch Q Android smartphones and it appears that they’ll come on August 8th. Priced at $49.99, these devices have been fondled by The Verge in a hands on experience. Both models come with 5 megapixel cameras, with autofocus and LED flashes. 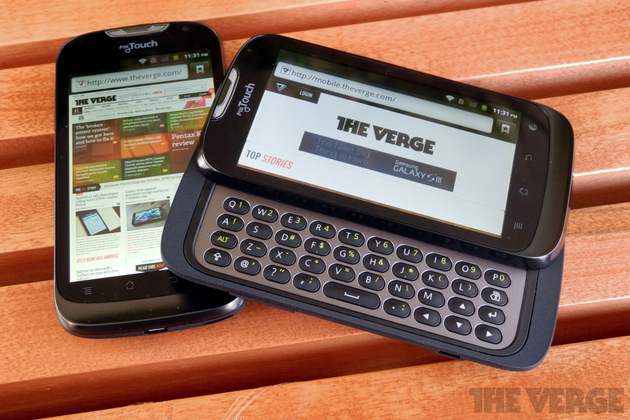 They also share 4 inch WVGA displays, HSPA+ support and front facing cameras for video calls. Also on board we find 1.4 GHz single core processors and in the mix as well there’s a Genius Button in the capacitive button row. This one launches a custom voice control service and we also have some bad news: both these models run Android 2.3 Gingerbread. The folks of The Verge said that they were impressed by the build quality and material choice, especially on the textured non slip rear covers.

The keyboard on the Q unit worked fine and had great feedback. Obviously, the choice of Gingerbread was criticized, since that’s basically 3 Android releases ago. Other than that, with the build quality and nifty price and hopefully with a fast Android 4.0 update, these handsets will be very appreciated.