Mullah Abdul Salaam Zaeef was a Taliban ambassador to Pakistan and spent 4 years in Guantanamo, but this predictable portrait is spoiled by the presence of… an iPhone. Although the conservative Taliban had banned the Internet and TV during his 5 year rule (1996-2001), he’s an iPhone fan, since the handset is always with him. 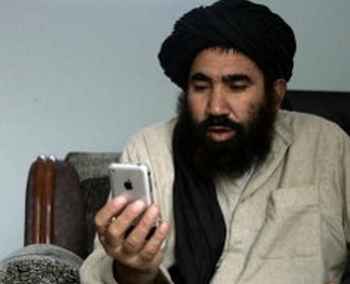 Zaeef claims that he uses the iPhone to surf the web and the GPS to find difficult to reach locations. Sometimes he even checks his bank account balance with the aid of the phone and the former anti-technology Taliban now claims that “this is necessary in the world today. People want to progress.”

Next tech item to get the man hooked? An Xbox 360…