Apple took in as very flattering result the fact that the sales for their iPhone surpassed all BlackBerry phone sales over the last quarter. The new touchscreen enabled phone coming from RIM should even the balance and steal some of Apple’s fans. 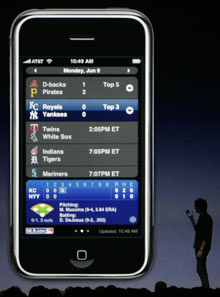 The competition that Apple lead until now has been with the main smartphone producer in the US, RIM. Although producing fundamentally different devices, because of the QWERTY-touchscreen opposition, Apple still thrives on latest results.

The market bought more than 6.8 million iPhones during this third quarter, giving it a market share of 17.3 %. RIM shipped just over six million BlackBerry phones in the quarter for a 15.2% share of a market.