Rumors gathered since lately talk about Nokia’s plans to finally announce its new line of handsets offering new features and hardware configurations that are up to today’s standards. In this regard the manufacturer is expected to bring more of its devices to the US market, where it seems the manufacturer is still very popular. 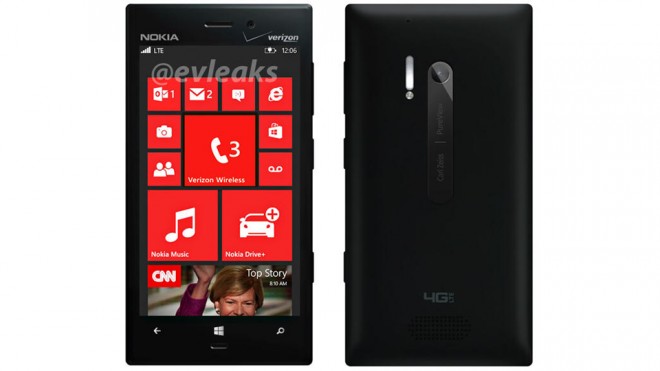 We have seen more and more news covering Nokia’s upcoming handsets in the Lumia line, including for the high to mid-end market. From the manufacturer almost everyone expects that it will offers further improved design, while going another step forward with its camera modules performance and even the PureView branding. It is also said that Nokia might unveil its flagship device this year, that is supposedly called the Lumia 1000 – smartphone that was expected during MWC this year.

For Verizon Wireless in the US, Nokia’s plans are to offer a device in the top 900 series, previously rumored as the Nokia Laser. The Lumia 928 apparently offers a whole new aluminium body that is precision crafted and light. The first leaked photo of it also unveils 4G LTE connectivity support, with a logo on the back to show it. The device is said to offer a high-performance rear camera, with a Xenon light for very good quality photos. It is also said  to come in four colors, including Blue, Red, White and Cyan.