It’s been a while since any major company has launched a Windows Phone 8 device, of course other than Nokia. Samsung was supposed to launch that cool Ativ S, but never went ahead with it and today we find yet another model from them with WP8 on board. 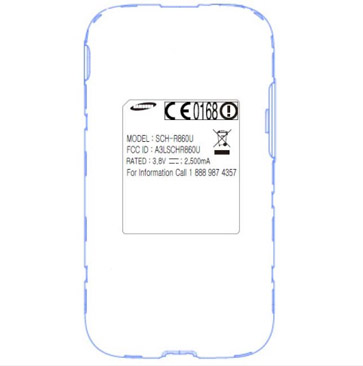 The device is Samsung SCH-R860U, that recently cleared the FCC on its way to reach US Cellular. The handset received the FCC approval this week and it’s getting ready to arrive in stores. The device comes with LTE, WiFi and the rest of the specs are a mystery. By the way, we already reviewed the Samsung Ativ S and although it was a prototype with some problems, we did find its design appealing.

The specs were also not bad, pretty much on par with the Galaxy S III, only with Windows Phone on board. Could this be a new model, maybe a Galaxy S4 twin brother with slight specs modifications? US Cellular only sells one Windows Phone unit right now, the ZTE Render, that runs WP 7.5, so they’re in need of something fresh.