Computex 2011 wasn’t all about tablets, as some phones were also spotted in Taipei, like the very first Windows Phone Mango device you can see below. I’m talking about the Acer W4, seen below and caught in a hands-on (of a mockup) in the video at the end of the article. 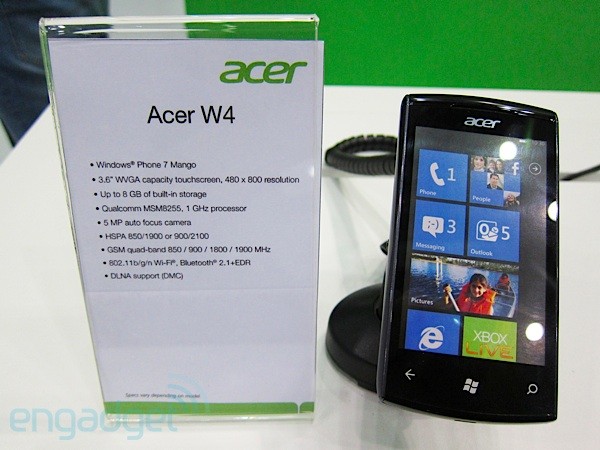 We are dealing with a 3.6 inch smartphone, supporting a 800 x 480 pixel resolution and packing a 1GHz Qualcomm MSM8255 CPU, plus 8GB of storage and a 5MP autofocus camera. DLNA, WiFi, Bluetooth and HSPA also complete the specs list. The handset looks thin and we have to say that its curved back looks nice and according to Engadget, it also feels nice.

The design looks a bit like a combo between the front side of Dell Venue Pro and Samsung Omnia 7. Now let’s get a price and a launch date for this model and we’re all set. 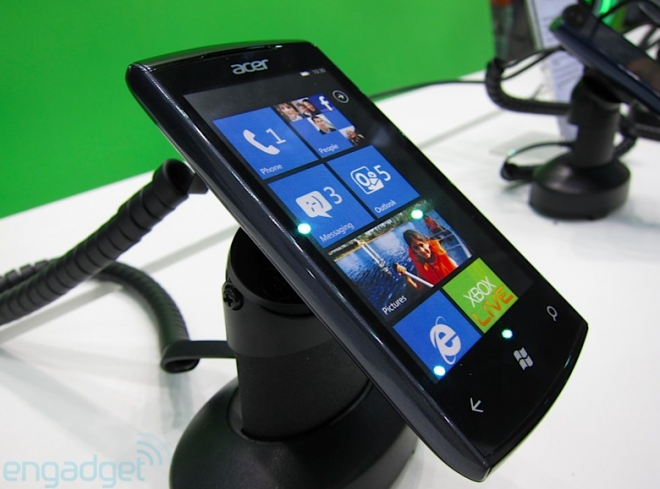