Once again with the time traveling piece of news… this time we show you a new piece of the puzzle, that proves the whole time traveling theory is wrong. The device you can see below is an old hearing aid trumpet from the past century, that could as well be the thing that the person in Chaplin’s movie is holding next to the ear. 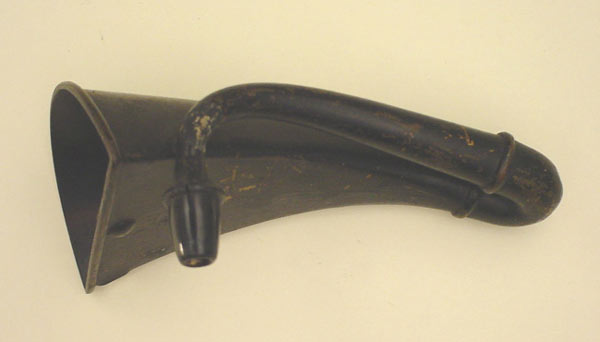 We remind you that during the past week the Interwebs went nuts over a footage showing a part of a 1928 Charlie Chaplin movie, with a person seemingly chatting on a cellphone while walking around in the background. The video is available below, if you want to glance at it again. Posted on YouTube by Irish filmmaker George Clarke, this clip quickly became an Internet sensation.

What some considered to be a cellphone, could in fact be a simple ear trumpet, that went from hearing aid to trend during the 1920s. Such devices had become more compact and short at that time, in order to be easily carried around. So, what do you way? Getting one of these for Christmas or are you still a fan of the time travelling phone theory?