Verizon’s preparing a hot new Samsung phone for launch, we all know that and yes, it’s the Continuum model we’re talking about. Although the device was previously specced and detailed, we just learned a bunch of new info about it. This is basically a Galaxy S unit with something extra: a secondary “ticker” screen. 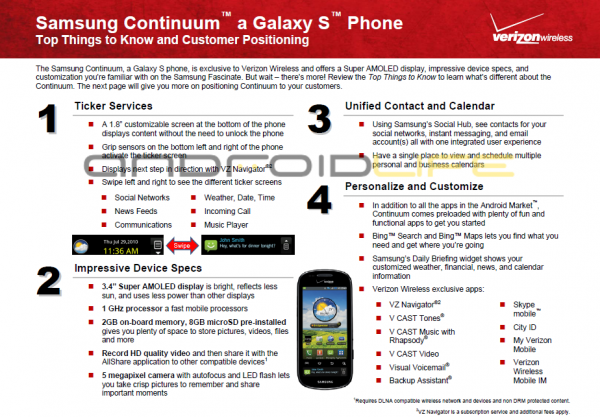 Supposed to debut on November 11, the handset could make it big during the winter holidays, on Verizon. The images you see in this article include “Top Things to Know” about the new device and a comparison with the current Android models on Verizon. These leaked charts serve to confirm the 3.4 inch primary display of the phone, with a 480 x 800 pixel resolution, its secondary ticker screen with a 96 x 480 pixel resolution and the 1GHz Hummingbird CPU.

As far as the internal memory is concerned, you get 2GB of ROM, accompanied by 512MB ROM, 384MB RAM and a bundled 8GB microSD card. There’s also a 5MP camera in the mix with LED flash and HD video capture. 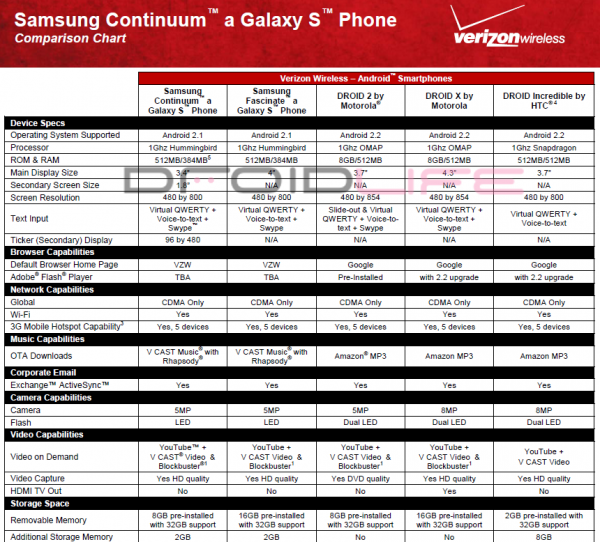