A couple of days after spotting Android running on the iPhone, we’ve found that the famous TouchFLO 3D interface was also ported on Apple’s handset. All it takes is a jailbroken iPhone unit and the port did by the Obsessionxyz, from the modmyi.com forum. Here’s the interface in action on the iPhone:

We also have to mention that there are quite a bunch of HTC Sense themes for the iPhone out there, as alternatives. Obsessionxyz mentions that he was rewritten lots of codes and combined javascripts to make TouchFLO 3D work on the iPhone and the new theme comes with a working animated flipclock, animated weather menu and much more.

Right now, the developer is trying to incorporate Jquery script and iframes, for a better homescreen. Some transparency issues have surfaced in the weather animation images, it seems, but aside from that you can find more info and download links over here. 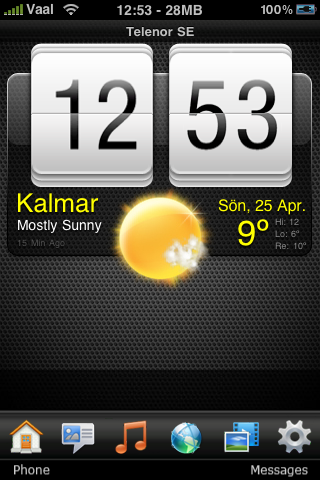 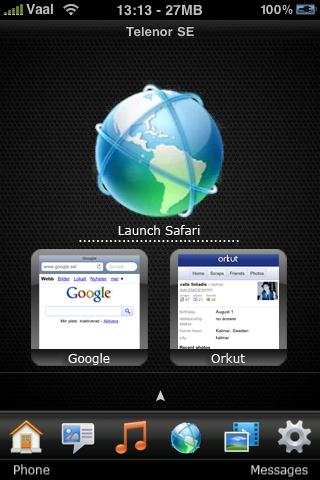