Verizon hasn’t yet announced a launch date for its Droid handset, but what we do know is that the carrier has a Droid event scheduled for October 28. The invitations sent out to the media confirm that the phone will be made by Motorola and it’ll be the “must have device of the year” on Verizon. 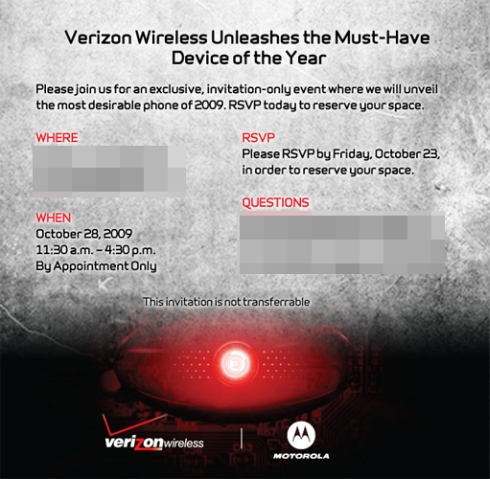 The invitation looks rather scary, with that big red eye (we’re dealing with The Big Red after all), kind of a contrast with Google’s green robot on a blue background. We expect this to be an Android handset (maybe 2.0 on board), perhaps with a QWERTY keyboard and possibly a touchscreen display, unless our speculation is off.