Verizon has recently launched HTC Touch Pro, which by now must have reached thousands of buyers, so I guess that the defect we’re about to mention has been discovered by them, too. The folks of XDA-Developer forums posted a shot showing that the Verizon Touch Pro comes with less than the normal version, 192 MB, compared to the 288 MB it should have. 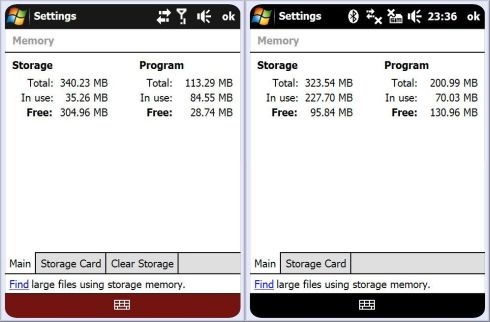 We don’t have any information regarding the poorer performance of the device, but what we can see in the screen above is that Verizon’s HTC Touch Pro only has 28 MB free RAM, which is a nightmare for a Windows Mobile handset user.