Verizon Hub was just a rumour till now, but it seems that the deskphone just surfaced on Verizon’s website, so there’s a picture available, plus a couple of details about it.

This is not your average home, but rather a complex device that does notes, snippets, weather, messaging, pictures and whatnot. 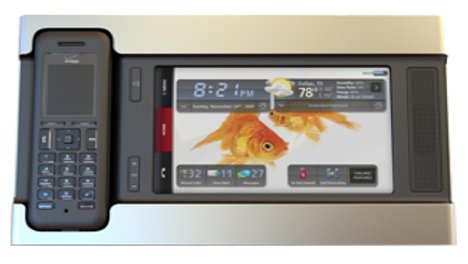 Basically this is a communications device that replaces any other home-based gizmo, for those of you who haven’t completely switched to smartphones, UMPCs or netbooks. The release of this deskphone is pretty close and it may already be in stores, waiting for the Obama era for its debut.

Verizon Hub will come with Internet support, a touchscreen, stylus support and a 2 year contract, as the official site claims.